Time for another ad campaign or brand refresh? Sometimes, it’s tough to come up with the creative concepts or promotional content that will set your brand apart and effectively capture your audience’s interest. But have you ever considered throwing virtual reality (VR) into the mix? Virtual reality in marketing can have incredibly beneficial effects on your overall strategy.

Let’s get right to the point. Here are the numbers:

VR doesn’t only entail those bulky goggles on somebody’s head as they’re trying out products at the nearest Best Buy (I’ve done this on multiple occasions), but it describes the computer-generated environment that makes users feel as if they’re in a different world apart from their reality.

And this technology has become quite impressive over the course of its history. To mention just one example, Facebook launched an Oculus Go campaign to align with its VR technology called “Open Your Eyes.” It shows you how VR can really put you in a whole new world. Check out their trailer here. Additionally, if you’ve seen the new Lion King, you’ve seen a movie made entirely with virtual reality to bridge the gap between CGI and live-action animals.

This is just one way that this platform works - it can take a large variety of different looks, shapes, and sizes. But by using advanced graphics and audio and aural sensations, the technology is able to create a place users can virtually interact with and sometimes manipulate, which can happen and apply to your digital marketing efforts in a few different ways.

Across all methods, the one thing that VR offers for a user is a completely immersive experience, meaning that their attention is entirely devoted to this reality they are virtually existing in. For advertisers, this can be quite luxurious real estate.

The following methods of marketing your company’s products or services to potential customers are all made possible with virtual reality. Check out these examples of virtual reality in business from companies around the globe:

1. Educating Your Customers with VR

The New York Times has stepped into the game of VR when it comes to storytelling. They began their work with this technology by giving out Google Cardboard viewers to their Sunday newspaper subscribers so they could watch an 11-minute film about children across the globe displaced by war and conflict, titled “The Displaced.”

Forbes described the experience for the viewers as “immersed in refugee camps and abandoned villages, eliciting the fear and despair these lost children felt.”

This engaging way to educate viewers was successful in making up for some of the diminishing readerships as technology grows, and since then, they have launched many campaigns on nytvr, including experiences such as standing alongside Iraqi forces during a battle with ISIS or walking on a planet three billion miles from the sun.

Whether you’re B2B or B2C, applying this platform in your marketing strategy enhances your ability to educate your audience about the services you provide, the environments your products or services apply to, etc. with the immersive experience virtual reality brings to the table.

New York University sent similar cardboard viewers to students who applied and were accepted into their engineering program for one of their VR business ideas. After downloading an app, the prospective students were able to experience a virtual tour of Mars by piloting the rover “Lunabot,” with graphic information from NASA itself. 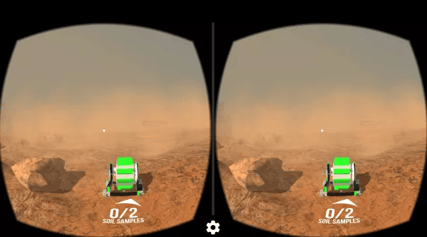 This was their way of standing out from the crowd of colleges doing their best to convince their school is the right place for students to learn and grow, a brilliant way to showcase and market their “ahead-of-the-game” programs.

If you’re looking to attract and hire new talent to add to your team, consider using virtual reality to show what your company is about while separating yourself from the competition.

3. Marketing and Previewing Your Product with VR

If you’re standing in your kitchen, can you picture what it would look like if you remodeled it? This can be tricky, and IKEA is well aware of that.

In 2016, they launched a VR program that lets users virtually remodel their kitchens with IKEA’s products, getting a clear visual on what that would look like.

Showing your customers exactly how your product or service would look like in their lives before they commit can be incredibly beneficial.

Overall, standing out from the crowd while conveying your company’s message to potential consumers can be challenging. Including cutting-edge technology, such as virtual reality, in your digital marketing plan can set you apart from those competing for your audience’s attention.

Have you been utilizing the most cutting-edge trends in digital marketing so far this year? Check out this infographic to make sure!

Nicole is a copywriter and digital marketing associate at Beacon Digital. She writes blog posts, white papers, social media content, and website copy with a professional voice. She has a publishing background and enjoys translating highly technical content into something readable!

stay up to date!

20 Standout Cyber Security Ads and Why We Like Them 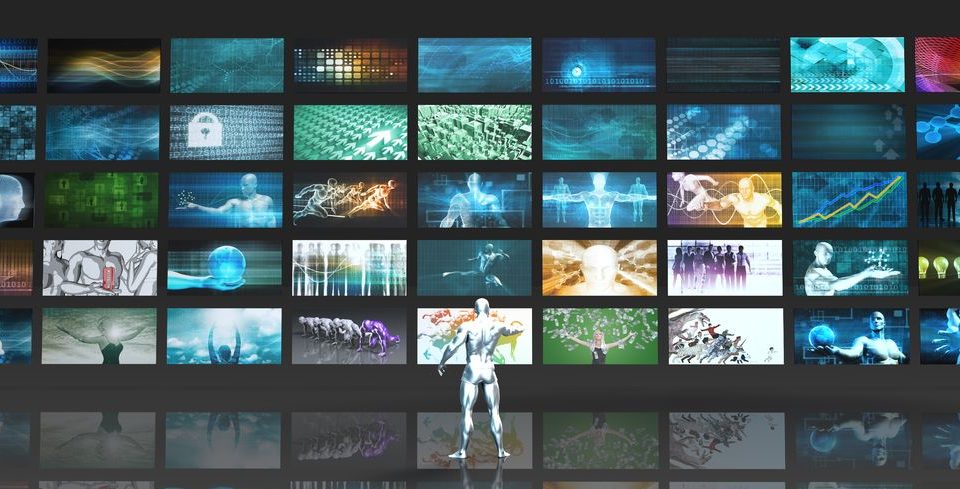 Programmatic: The future of ad buying for B2B